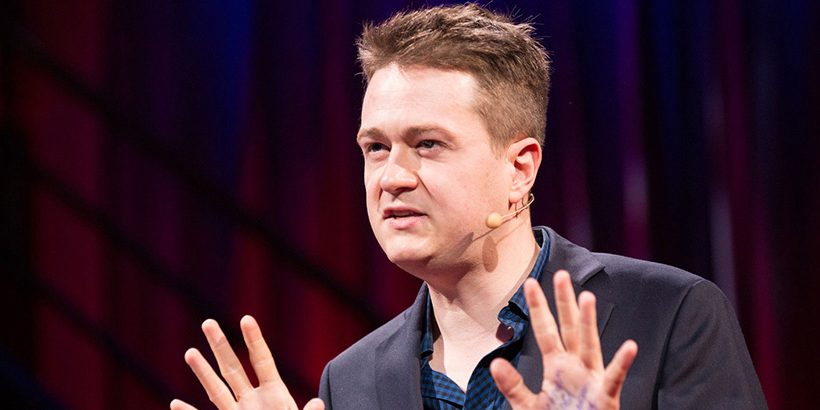 What a great TED Talk by Johnann Hari, who has spent the last 3 years conducting research around the world trying to answer the core questions around addiction.  His findings are progressive and challenge the current line of thinking as to what causes addiction and the best ways to combat it.  His findings suggesting that addiction is actually caused by your environment and that to successfully combat it, we need to establish real connections with addicts to help rebuild their communities and bonds really resonates with the work we do here at URoriginal.com.  The video from his Ted Talk and a brief synopsis can be found below. Please enjoy!

Challenging the status quo is what drives change in the world, and this is exactly what Johann Hari accomplished through his around the world three-year addiction research project, which he discussed in a recent TED Talk entitled, “Everything You Think You Know About Addiction Is Wrong.”   The core of his findings challenges the idea that addiction is solely tied to chemical hooks, which ultimately alter an addict’s chemical balance and leads to what we call addiction or chemical dependency.  Instead, he believes addiction is more highly correlated with an addict’s environment and surroundings.  Moreover, Johann goes on to note that it has been over 100 years since the U.S. and Britain made illicit drug use illegal and to shame and punish addicts with fines, jail, etc., which is something he believes needs to be drastically reworked.

After growing up in a family with a history of addiction, Johann began to ask bigger questions around what really causes addiction.  Why do we carry on with this ineffective treatment approach and the designation of drug use as a criminal offense when it really isn’t working?  And the bottom line is that almost everything we think we know about addiction is probably wrong.  Beyond that, we’re going to have to change a lot more than just our drug policies in order to get to the root of the problem.

His first challenge is on chemical hooks.  Why is it that certain people become wildly addicted after just one use while others do not?  Why can so many hospital patients receive incredibly intense and pure morphine drugs (heroin) for days after an accident but few actually become addicted?

This notion of chemical hooks dates back to an experiment in the early 20th century that studied rats in a cage with 2 different water bottles to drink from: one that was filled with pure water, and second that was water mixed with heroin.  In this experiment, the caged rats preferred the heroin-laced water and ended up overdosing almost 100% of the time.  An interesting outcome that may be considered hard to challenge…that was until Dr. Bruce Alexander revisited this long-standing experiment and did some thinking.  Is the fact that the rats are in isolation in a cage with drugged water and nothing else perhaps skewing the results?  Dr. Alexander went on to create what he called the “rat park,” where he put rats into a much larger cage with the same two bottles of water, but also with lots of cheese, colored balls, and most importantly, other rat friends.  The results from the study in this setting couldn’t have been more different: the rats almost never used the heroin water.  Why is that?

Obviously, rats aren’t humans, but is it possible that the rats’ response is similarly manifested in humans?  Johann referenced a human experiment, drug use during the Vietnam War, in which approximately 20% of all troops in Vietnam were using loads of heroin.  At the time, there was a significant concern that thousands of troops would return home as junkies.  Fortunately, that ended up being anything but the case.  In fact, 95% of the troops who used heroin came home and stopped using – yet another significant data point against the chemical hook theory.

So what is it then?  What is really the driver behind addiction? Johann believes it’s about your cage! It’s about who you surround yourself with and your overall environment.  It’s more about bonding.  If someone is happy and healthy, they tend to bond in positive ways.  If someone is not happy, beaten down, or worried, they tend to bond in negative ways – negative ways including the use of drugs to help them cope or self-medicate.

Johann goes on to challenge the 100 year+ approach of criminalizing addicts and cites Portugal as a successful example of a country taking a very different approach.  20 years ago, Portugal had one of the worst drug problems in the world.  1% of the population was addicted to heroin and overall drug use was getting worse each and every year.  In 2000, an opposition group came in and hired panelists and scientists to help find a solution to reverse this trend.  They studied the evidence and came to the conclusion that the best approach would be decriminalizing all drugs, and most importantly, redirecting the use the money previously used for drug enforcement towards helping addicts reconnect with society.   This re-connection was accomplished by offering traditional rehab and therapy and also through a massive job creation program to help get addicts back on their feet.

It has now been 15 years since this radical change was instituted and the results are in and are quite impressive: injecting drug use is down more than 50%, drug overdose has significantly declined, HIV is massively down, and addiction across the board is down.

So where does this leave us?  Johann is pushing for more approaches like Portugal.  He also wants more than individual recovery, he wants to see more social recovery involved with treatment.  Addiction treatment can’t be in the lonely rat cage, it needs to be in the rat park!  He stresses that we cannot continue signing war songs to addicts, shaming and punishing them for what they do.  Instead, we need to sing love songs.  Songs and actions that show we are there for them and that they are not alone.  We are there for them at every level.